We have always thought that Romania should market Count Dracula better! Not only that most of the people (even the most educated ones, our colleagues economists and mathematicians) immediately link the word "Romania" with the word "Dracula", the long-deceased (and perhaps still undead) "prince of Transylvania" remains the country's best trademark. Just think for a moment: what would be your first association if someone mentions Romania? And it is not just among us, Central and Eastern Europeans. Our Basque colleague has confirmed that everyone mentioned Dracula when she claimed she was going to a conference in Romania.

It is apparent that Romanians are not OK about living with an idea that their national hero and a brave freedom fighter against Turks was a vampire. How would you feel if someone asked you whether George Washington was a mason, a magician and a templar who possessed the secrets powerful enough to enslave the world (we all read Dan Brown ("The Lost Symbol") in our globalized world, right? Tepes really did lots of good for the Romanian struggle for independence and Romanians are proud about their country, their roots, culture and national heroes.

Nevertheless, there are apparently some entrepreneurial individuals who would not have any scruples in exploiting Dracula's name. Take a close look at those souvenirs originating in Romania. Clumsy and kitschy as they are, they are still an attempt to market what has once been sacred. The fridge magnet represents Bran castle and the image of Vlad III "the Impaler". The two keyrings bear the engravings saying "Dracula, prince of Transylvania" and a mention of Vlad Tepes's "official" burial place at a monastery, on an island on lake Snagov outside Bucharest (but if you read Elizabeth Kostova's "The Historian", you would know Dracula's tomb is actually in Bulgaria). In fact, Vlad Tepes (or Dracula, if you like) has nothing to do with Bran castle. The place is just said to be connected to the Transylvanian prince, although he barely passed the castle on his maneuvers in Romania. But nowadays all tourists want to go to Bran and take their photo with "Dracula castle". Local souvenir industry slowly adjusts to the demand. Few T-shirts, pots, some postcards - the "Dracula" brand (that is surely worth hundreds of millions) is not exploited to the full. They even wanted to build a Dracula theme park but gave up the idea. Too bad! It could have beaten up Disneyland!

In short, Draculanomics is a new and booming window of opportunity! If you are an entrepreneur (or want to be one) we strongly advise you to consider taking up this niche - you might make yourself lots of money! 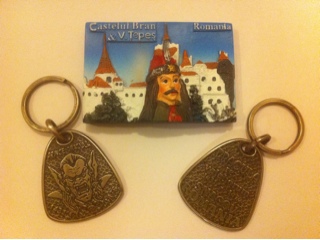 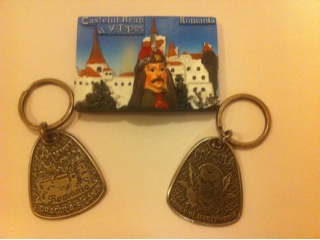 Posted by www.strielkowski.com at 07:08 No comments: