Burning Man is perhaps the most intriguing and world-famous art and performance festival that takes place annually around Labor Day and lasts for one week in Nevada’s Black Rock Desert in the United States with seemingly no structure and order.

A bonfire ritual for a small group of friends first held on San Francisco beach in 1986 has evolved into one of the most popular art festivals in the world. Since the festival moved to the Nevada desert in 1996, thousands of people come with cars, camper vans, buses and RVs to build the Black Rock city, a town that appears as an official settlement on the Nevada state records and officially exists for about 10 days each year. Held annually, the festival attracts over 60,000 participants each year and yields over $8 million in tickets and contributions. 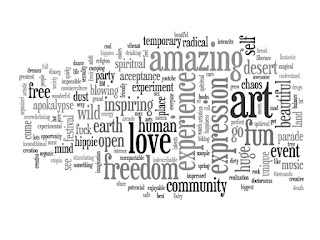 Many people passionately and lovingly call Burning Man “a magic circus in the desert” for its remarkable spirit and atmosphere. However, it needs to be mentioned that Burning Man is also a luxurious and expensive festival that is mainly targeted at the upper social strata of the society (“a Silicon Valley playground”).

I conducted a unique research based on the data from over 500 surveys collected over the years during several Burning Man events between 2012 and 2018 using random, semi-random, and snowball sampling. 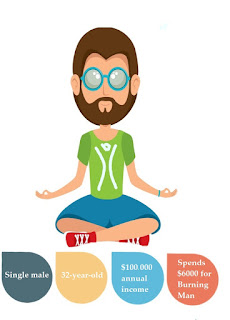 My main findings demonstrate that Burning Man is not just some hippie get-together with lots of booze and drugs. Quite on the contrary, it is a lucrative and exclusive event that is attended by bright, wealthy and well-educated people, both from the United States and abroad. According to my data, a typical Burner is a 32-old childless male with a college degree and an average annual income above $100,000 who attended Burning Man at least two times before and who spends between $5,000 and $6,000 on tickets, fares, gear, and supplies.

Thence, one can see that contrary to the public opinion and numerous clichés, Burning Man festival is no longer a badly-organized event but rather a place for the representative of the modern elites meet and entertain each other.
Read more »
Posted by www.strielkowski.com at 06:15 1 comment: