Caulrophobia, the fear of clowns 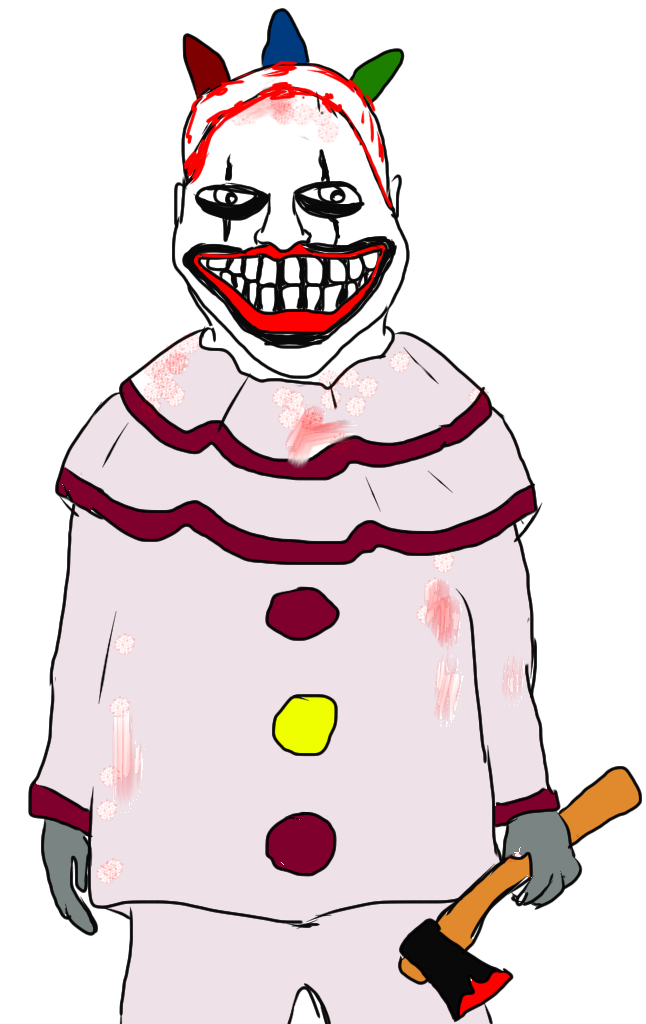 This year pre-Halloween's news came with strange reports of clowns' attacks on people. Both in the south of France and in Paris groups of teenagers dressed as clowns attacked random strangers, and even beaten them with metal sticks. When the police apprehended the attackers, they confessed that their acts of violence were inspired by Internet viral videos as well as the by the "American Horror Story", a popular U.S. TV series in the 3rd season of which (titled "The Freak Show") a mysterious murderous clown (called "Twisty the Clown") starts his killing spree in a small Florida town of Jupiter.

However, this is not the first time the clown-themed attacks were reported. In 2013, London police dealt with over a hundred cases of criminal acts committed by the individuals in clown costumes. Every year, dozens of crimes involving clowns are reported all over U.S. with the majority of them occurring in California.

Where does this fascination of clowns come from? And why are some people scared of clowns? In fact, they say that Johnny Depp is afraid of clowns, so do Daniel Radcliffe and Sean “Diddy” Combs. Does not that seem strange for an actor who made his name playing in Tim Burton's spooky movies such as "Edward Scissorhands", "Sleepy Hollow", or “Sweeney Todd”? And what about fearless Harry Potter who was not afraid to face the forces of evil but cannot stand looking at a painted face?

"Caulrophobia", or "the fear of clowns" is a neologism, a modern Greek-like (and according to some also a pseudo-scientific) term that was coined in the 1980s. Although there were no clowns in Ancient Greece per se, there were some stilt-walkers to whom the word "caulro" refers to.

Clowns constitute an important part of the popular culture: in one of The Simpsons episode called “Lisa’s First Word” (aired on 3rd of December 1992) Bart Simpson murmured "can't sleep: clown will eat me" which later inspired the song by Alice Cooper. Actually, a clown called Krusty the Clown (Herschel Shmoikel Pinchas Yerucham Krustofski by his civil name) is an important part of The Simpsons’ universe. Horror movies about clowns (“Killer Klowns from outer space”, “IT”, “Clownhouse”, “Fear of Clowns”, or “Jingles the Clown”) are very well-known. One of the scariest clowns of all times, Pennywise from Stephen’s King “IT”, an eponymous being that terrorized children in Derry, Maine, will always remain a classic example of a demonic entity of enormous proportions in horror and fantasy literature. It is worth noting that the author deliberately scratched on Pennywise (otherwise long gone according to the book) in one of his latest novels on time travel entitled "10/22/63".

Perhaps fear of clowns is associated with fearing an unknown person who wears a mask or a disguise? People are scared of the unknown and it is difficult to tell what lurks behind a mask. Perhaps this is what scares people?

In addition to the horror books and movies, it might be real encounters with killers who posed as clowns that contributed to the bad image. A famous serial killer John Wayne Gacy who killed 33 children in Chicago, Illinois between 1972 and 1978, used to engage in volunteer work at charitable events dressed as a clown (under the name “Pogo the Clown”).

Starting from the 1970s, a plethora of rock bands such as Kiss, King Diamond, Marilyn Manson, Hollywood Undead and Slipknot have been performing on stage wearing masks and mascara. In the case of Slipknot, a metal band from Des Moines, Iowa, the masks are quite elaborate and are inspired by ritual and burial masks (this fact has been revealed in a conversation between Katarine Bratt and Hary Hole in Jo Nesbo's "The Snowman"). These artists exploit the human fear and curiosity of the mystery that lurks behind the mask, and they are making hefty profits out of it. 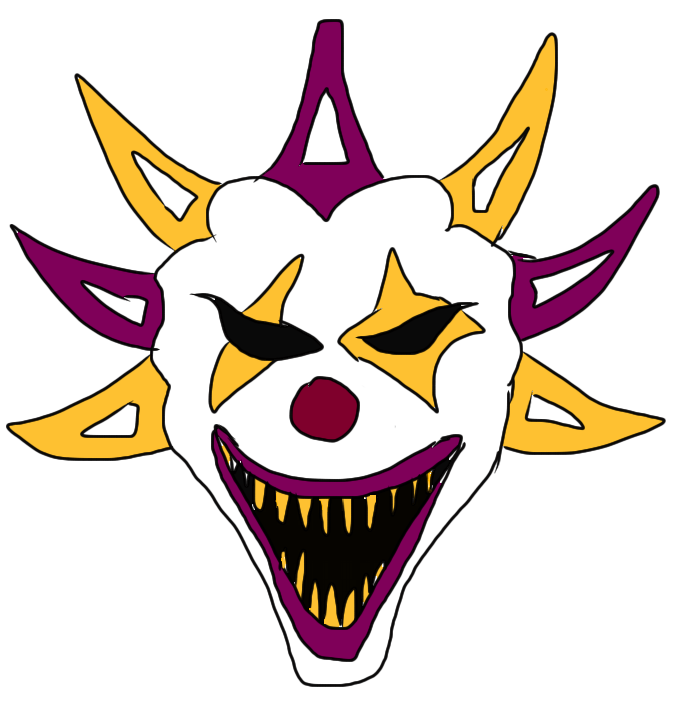 Apart from that, actual clown-inspired bands actively perform on stage. Pioneers and founders of horror core (a type of hard core hip-hop with scary lyrics about murder, death and generally uncanny issues), the U.S. duo called Insane Clown Posse usually appear on stage wearing clown makeup and costumes. The singers invented their own clown mythology that involves the “Dark Carnival”, a kind of a limbo in which the lives of the dead are judged by superior entities. The stories of the Dark Carnival are elaborated in Insane Clown Posse’s songs through the stories called “Joker's Cards”.

It seems that Twisty the Clown from the aforementioned "American Horror Story" has many predecessors. The “Freak Show” season’s episodes gather about 5-6 million viewers in front of TV screens in U.S. only, which makes it the most successful season of the series so far (previous seasons’ most viewed episodes never reached 6 million viewers’ threshold). People just like to be scared and are prepared to pay well for that. Happy Halloween everyone!!!

Posted by www.strielkowski.com at 09:00 No comments: