Recommending you a new book on vampires: Emily Welkins' "Till the last drop!"

We are glad to announce that a fellow researcher, Dr Emily Welkins, published her book entitled "Till the last drop!" on what she describes as "modelling peaceful co-existence of vampires and humans.

The book is a real guide to vampiric lore (all you need to know about vampires and were afraid to ask, so to speak :)) It is a mixture of a research paper and popular science literatere and it will make you an expert on vampires (and not just the one who knows how to use silver bullets and garlic, but that kind who would be able to juggle (and fiddle) with numbers, quote respectful sources and amuse (and startle) your friends with a deep knowledge on vampyrism.

Read what one of the the readers wrote in her review of the book:

"If vampires were real and were planning their debut or coming-out party,this would probably be the book that they would cite to get everyone thinking about a peaceful co-existence. Maybe they are planning to show up spontaneously. Science and progress these days are far beyond imagination. Artificial blood may be invented soon (then there would be no reason for vampires to hide any more!).

I thoroughly enjoyed reading "Till the last drop!", especially because I am a fan of watching vampire films and TV series (I knew all the
book's popular cultural references!). The tone of the book is interesting: sometimes comedic and sometimes dry ... but this balances out well and keeps interest levels high.

I highly recommend this book! Congratulations on a job well done, Emily Welkins!"

We greatly recommend this book to you too!

WS and EL
Posted by www.strielkowski.com at 02:46 No comments:

For quite some time now, scientists have been wondering whether there has been any connection between phases of the moon and crime rates. Moon, by some accounts, is massive object in the sky that affects, for example, the cycle of tidal waves or the growth of plants. Some mentally unstable individuals claim to be attracted by the full moon, others experience sleep disorders and anxiety. Artists are fascinated by the full moon and its depiction might be found on many famous works of art (for instance, Van Gough's). There have been many recorded cases of sleepwalking caused by what doctors believe to be the change in moon cycles. For many people the causality is straightforward: the moon attracts the Earth's waters and governs its seas' and oceans' tides and because human body consists of 80% of liquids, why should not the moon attract these liquids too? 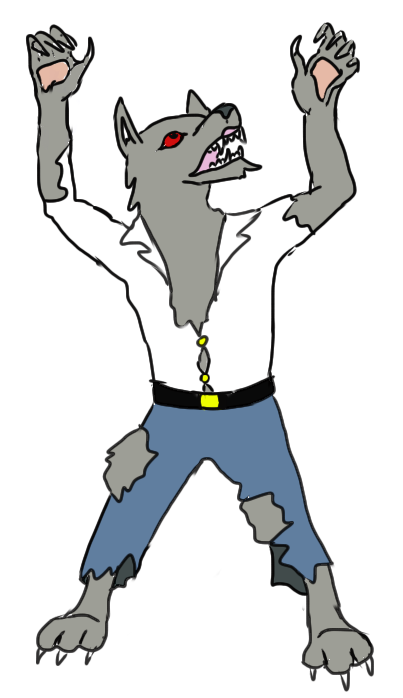 There are lots of studies dealing with what is called “the lunar effect”. For instance, Templer, Veleber, and Brooner (1982) claimed in their study that an unusual number of traffic accidents occurred during the evenings right around the full and new moons (although later the same researchers came up with an explanation that during the time period covered in their study a disproportionate number of full and new moons felt on weekends and traffic accidents are always higher on weekends). A study of homicides in Dade County, Florida (Lieber and Sherin, 1972) found an upsurge in killings in the 24 hours before and after the full moon. Other researchers, however, argued that the Dade County researchers employed dubious statistical methods (when the numbers were reevaluated, the pattern disappeared altogether).

Rotton and Kelly (1985) conducted a meta-analysis of 37 studies of the moon's effect on things like psychiatric admissions, suicides and crime (they called it BILE (Belief in Lunar Effects)). The researchers found that the moon accounted for no more than 0.03 of 1 percent of the monthly variation. The results of the BILE study indicated that there was a greater belief in lunar effects in the older participants than in the younger ones. The researchers also determined that belief in lunar effects appears to be based on age and not on social class or education. Another study (Jorgenson, 1981) concluded that persons with an external locus of control were more likely to believe in lunar effects on human behavior than would persons who possess an internal locus of control. Rotton, Kelly, and Elortegui did a follow-up study in 1986 to determine if belief in lunar effect on human behavior was more predominant in police officers and people working in psychiatric areas than among other people. It turned out that police officers exhibited a high belief in lunar effect as opposed to a lower belief by regular people. However, psychiatric care workers did not seem to give any credit to lunar effect. The explanation might be that they were influenced by articles in recent scientific journals regarding research being done in this area.

Most recently, Leflet (2009) examined a correlation between lunar phases, criminal activity and crisis calls. He conducted a study of individuals arrested by law officials and emergency calls made within the St. Joseph, Missouri area for a two-month period beginning July 17, 1999, and ending September 12, 1999. On the basis of the study, he concluded that common folklore concerning the effect of the changes in lunar phase and human behavior is unsubstantiated. However, the study had one limitation: namely that the observation period was conducted for two months, which is a relatively short period of time.

In spite of all that, there definitely should be some connection (and it probably is), however our story twists here to examine a quite more bizarre causality. We would like to look at the available data of crime rates for various countries and by comparing and matching the crime statistics (especially murder statistics) with phases of full moon try to answer the question: Would the existence of werewolves be possible in the world we live in?

Unlike vampires, werewolves are far more primitive creatures by all accounts. They ravish in the depth of the forests, kill animals and people and their bite might turn a human into a werewolf. In addition, unlike vampires who are in that state permanently, werewolves do not differ from humans most of the time. Turning into a wolf (or a beer or a jaguar) is triggered by the full moon and usually happens once a month. According to the most of the accounts described in popular literature, comic books and films, many werewolves do not actually know they are werewolves because their memory is gone every time they transform themselves from their human to their animal form and back (see Jack Nicolson's "The Wolf").

It is not completely clear how they multiply, although the werewolf gene might be transferred by bloodlines (see Stephanie Meyer’s “Twilight Saga” for instance). Therefore, for the purpose of this research we can assume that the only way werewolves might strengthen their numbers, is by biting humans and turning them into werewolves. In most of the cases, however, werewolves kill their victims.

Therefore, a sudden surge in crime rate during full moon phases in various countries, controlled by the place of occurrence (forested areas might be the best candidate for werewolves’ appearance), might provide us with a good lead in our attempt to answer the question about the existence of such creatures as werewolves.

We are going to give it a thought (and conduct our research using all available data we will be able to get our hands on) and inform all our blog readers about our results soon.

Keep reading our blog and see you later, alligators (or werewolves)?
Posted by www.strielkowski.com at 02:31 No comments: