It's the end of the world (as we know it): an economist's view 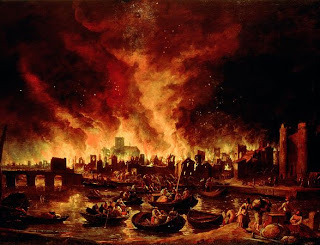 What would the end of the world be like?

The end of the world is coming and only three days are left. Whether you believe in the end of the world (as we know it) or not, let us take a moment and think about the implications it might bring from the economist’s point of view.
Well, first of all, all those catastrophic scenarios that include a sudden switching of Earth’s magnetic poles, a massive meteor collision with Earth, ejection of mass from the Sun, biblical-sized floods, and a sudden shift in Earth’s crust, do not constitute any interest to economists. They would simply lead to the demise of the whole humanity which would be very unfortunate for the economists, because they would have no markets and economic agents to research anymore. This is not to mention that the 21st of December that is regarded as the end-date of a 5125-year-long cycle in the Mesoamerican Long Count calendar, is misinterpreted and miscalculated according to Mayan scholars.
Although the humanity seems to enjoy flirting with the idea of its own extinction on 21 December 2012 (just recall some recent Hollywood blockbusters, as “The day after tomorrow” (in which global warming led to the new Ice Age), “Knowing” (in which the long-anticipated Sun eruption destroyed all living things on Earth, although the aliens transferred some life species to another planet), “2012” (in which massive solar flares caused devastating tsunami and earthquakes that re-shaped the face of the planet)), the New Age interpretation of “the end of the world” might mean the start of time in which Earth and its inhabitants may undergo a positive physical or spiritual transformation or enter the new era. This new era (often referred to as the Age of Aquarius) would allegedly help the humanity to discover its true potentials, like the “third eye”, telepathy or psychokinesis (often referred to as “telekinesis”). Other scenarios, often described in popular literature and films, might include collision with the parallel universe or even universes (see e.g. “2012: The War for Souls” by Whitley Strieber, or the U.S. TV series “Fringe”).
Let us explore some of the ideas of the “end of the world” from the economist’s points of view. In order to do that, we have chosen three major (less grim and more pleasing) scenarios of the world’s end: a) collision with the parallel universe and opening of passages between the worlds, b) spiritual transformation of the humanity leading to the discovery of telepathy, and c) global changes leading to the unleashing the power of phychokinesis in humans.
There is no particular reason why these three scenarios were chosen over the devastating floods, sun flares or planet collisions. All of them seem equally unlikely but the ones we chose might be interesting to look into using the toolbox of economic science.
We will gradually take each of these three scenarios and analyze them in details as the doomsday clock is ticking. It is hard to predict which of them would come true (and it might be that none of them would materialize at all) but at least you will be prepared, just in case.

Collision with the parallel universe and the “wormholes model”

In today’s blog entry we will concentrate on the scenario number one: collision with the parallel universe and opening of passages between the worlds, or wormholes in our world that would allow humans to travel between multiple places on Earth (or between Earth and other planets) in an instance.
The possibility to move freely and without borders all over Earth (and perhaps to the other planets universes) would fundamentally change the flow of goods, services, and labour. There will be no borders to cross, there will be no tariffs or duties to pay, workers from less wealthy countries would be able to commute every day, so all the transaction costs of migration would be cancelled. Global security would suffer too – since every human being would be able to move around or travel between Earth and parallel Earth, no state of global force would be able to keep track of potential criminals, terrorists or abductors.
Let us name this scenario a “wormholes model”. Under the model’s assumption, there would be no barriers to factor movements and the situation would be very much similar to the textbook example of the common market.
It is easy to show that the situation described above would be similar to the Paul Krugman’s paper on interstellar trade. In his 1978 paper (entitled “The theory of interstellar trade” and published in 2010 in ‘Economic Inquiry’), Paul Krugman, a Nobel Prize laureate of 2008, points out that the assumptions underlying neoclassical theory bear very little resemblance to the world we live in (Krugman, 2010). The paper formulated two fundamental theorems of interstellar trade: a) When trade takes place between two planets in a common inertial frame, the interest costs on goods in transit should be calculated using time measured by clocks in the common frame and not by clocks in the frames of trading spacecraft, and b) If sentient beings may hold assets on two planets in the same inertial frame, competition will equalize the interest rates on the two planets.
Similar to Krugman, one might analyzing the simple neoclassical model of trade, introducing the new (doomsday) conditions. Equalization of the factor prices is what would happen under the provisions of neoclassical theory. This is of course often criticized, since such assumptions represent a way too simplified view of the economic relations in the world. However, this is exactly what would happen under the first doomsday scenario we have described!
Since the economic theory states that the total welfare effect of the common market (comparing to the customs union) is always positive for all participating countries, we might conclude that the “wormholes” model might also bring positive gains for all parties (parallel Earths or universes alike). Of course, this analysis is too simplistic and deserves further consideration but the benchmark has been set.
More scenarios and economic analysis tomorrow! All the best and looking forward to the forthcoming end of the world (we feel fine)!

Posted by www.strielkowski.com at 17:06 No comments: